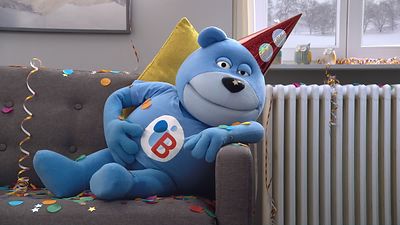 This Boiron film was directed by Stéphane Berla in Chez Eddy's animation studio, thanks to Marina Coudray's original designs.

One of the film's intentions was to create a particularly textured and organic environment, which gives the impression it is a painting in motion, with a dynamic animation. Generally animated films are made of pictures with very precise outlines to facilitate the animation, howhever this is clearly not true here, so the project was complex.
To get this render, it was necessary to work with lots of layers in TV Paint to have a result very closed to the designs.
Then the animated elements were integrated in a 3D environment which enabled to do all the camera motions, and all the ink stains and watercolour transitions (which were shot).
The animation is in 6 frames per seconds: to lighten the production, but also for artistic reasons: as the characters are very textured, the outlines would have moved too fast with more frames, which would have lacked of elegance. "The old man and the sea" by Alexander petrov, was one of the references. Yet some parts must have been worked in 12 frames per seconds during wider movements. 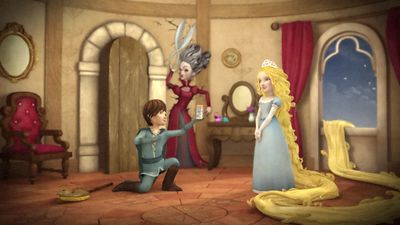